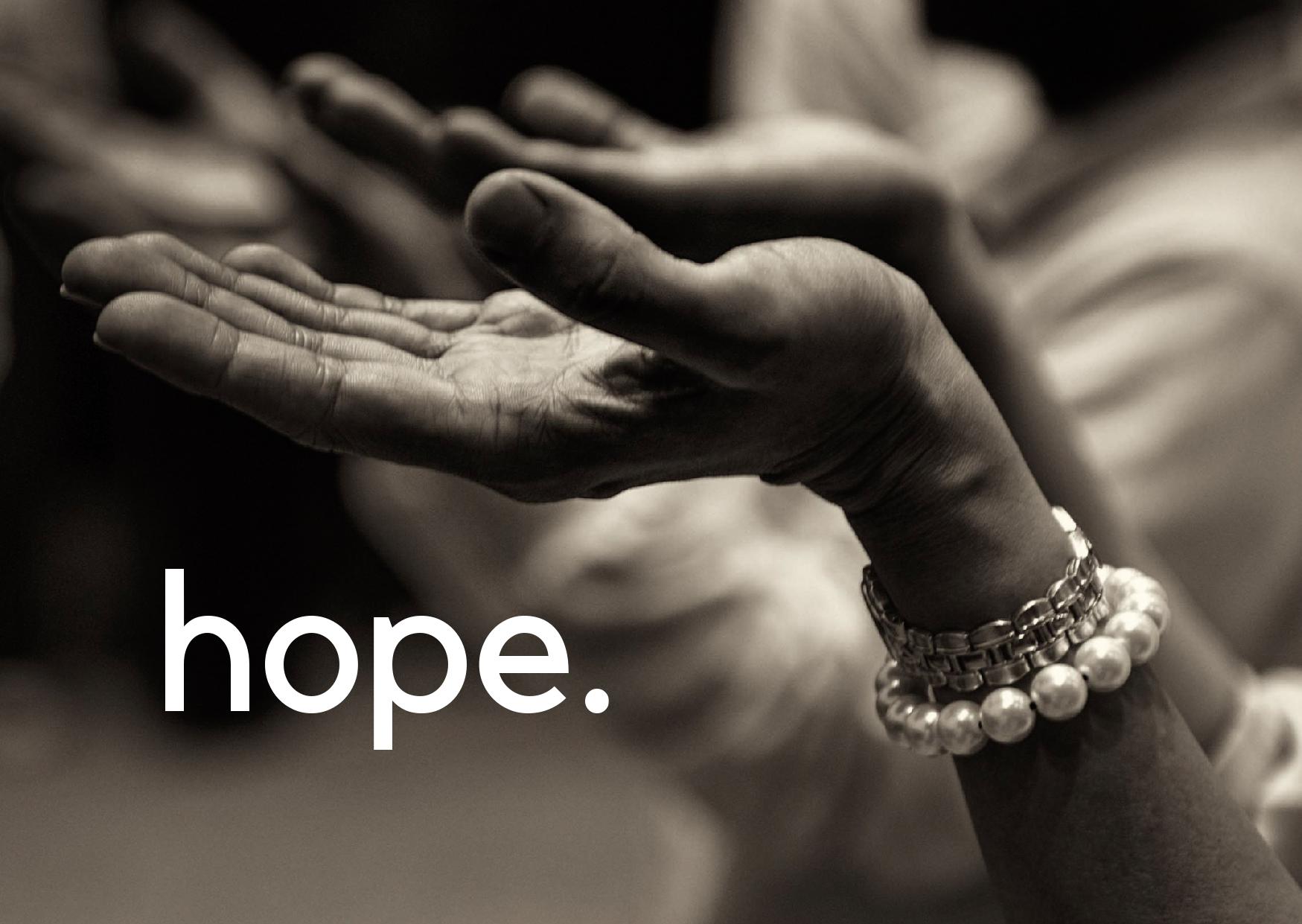 We experience different seasons in life: some of great ease and others of great difficulty. Recently our ministry has seen hard times. We’ve experienced death and mourning and loss. But one thing remains the same in all of this: our unchanging, unmovable God and His promises to us. We recently asked a friend about her hope in difficult times. And this is what she had to share:

What does hope look like?  During difficult times, hope can seem distant and impossible.  But I was recently encouraged by Romans 12:12 that tells us to “be joyful in hope, patient in affliction, and faithful in prayer.”  This reminded me that in the midst of suffering I am to wait, be patient, and endure as I suffer. Whenever I’m going through a hard time, it helps me to reflect on joyful times, times when God’s promises were abundantly clear to me.

According to the Merriam Webster dictionary, hope is “to cherish a desire with anticipation; to want something to happen or be true.” For example, we hope for a promotion or we hope for the best. Is hope held only in difficult times? Hope in a fallen world can be attached to blessings, as well as pain and discomfort.  However, hope without Jesus is a whole other hope. The fruit of the world’s hope will rot no matter how much it produces right now.  But the true Hope, which is from God, promises to deliver. First Peter 1:21 says “Through him you believe in God, who raised Him from the dead and glorified Him, and so your faith and Hope are in God.” Our hope is not in the fruit of the world.

Often the world’s hope is attached to sin and remains in the dark. When exposed to the light it no longer thrives. But don’t be mistaken: God can, and has, redeemed the world’s hope. As Roman’s 8:28 instructs, “And we know that in ALL things God works for the good of those who LOVE HIM and are CALLED according to HIS PURPOSE.”

So in Hope we must check our heart and its motives, desires and intentions.  Who is glorified within and beyond your Hope? Do you love that which you hope for more than the Lord?

God never promised that we as believers would journey this world without pain and suffering.  And really, that’s a good thing, because it means we will never be without a desperate need and desire for His Hope.  And we can be confident that his hope “does not disappoint, because the love of God has been poured out within our hearts through the Holy Spirit who was given to us.” (Romans 5:5)  In a world where everything is constantly changing and pain and suffering abound, Hope remains.